The Carnivore Restaurant is a meat-lovers paradise. Serving Kenya’s famous nyana choma (barbecued meat), it has twice held the honor of being named “one of the best restaurants in the world”. It is must stop on your African safari.

Menu: The all you can eat meat buffet is called The Beast of a Feast. This includes four courses: soup, salad, meats, and dessert. The barbecued meats are the main attraction. Served are various cuts of beef, chicken, pork, and lamb as well as farm-raised ostrich and crocodile. One can choose instead to order off a menu with dishes such as chicken pot pie, beef and pork ribs, burgers, and sandwiches.

There is also a signature cocktail called dawa. Dawa means medicine in Kiswahili but it tastes much better than any medicine I’ve had. It is composed of a healthy shot of vodka, lime, sugar, and crushed ice. Just what the doctor ordered.

Thoughts: Entering the Carnivore, one first passes the large open charcoal pit. Here the cooks are roasting the various cuts of meat on traditional Masai swords.

We started with dawa as we gazed about the pleasant surroundings. Waiters begin by placing a white paper flag in the center of the table with the instructions that they will continue serving meats till the flag is faced down. First served was a delicious beef soup with homemade brown bread. The makings for a green salad is placed on a lazy susan – one for each group of four or five guests along with a variety of toppings. Then each guest is served a sizzling hot cast iron plate along with a selection of sauces and relishes. Most of the meat, I chose not to have a sauce or relish but to savor the meat by itself. Waiters then carry the meat to each guest and carve each guest a piece from the big serving on the sword.

The meat selection began with bull’s balls (yes, you read that right). I had decided that I would try small servings of many of the meats served. I must admit, this was not my favorite. Maybe I just couldn’t get over what they were.

The next ten servings were more to my liking. It sounds like a lot but each guest can decide on the size of the portions carved onto your plate. The bull’s balls are followed by potatoes and a mild beef sausage. Then came a flavorful, moist pork tenderloin and chicken breast, both perfectly flavored with a mild garlic rub. Next served are pork ribs with a spicy barbecue sauce. Ostrich was next on our menu. Ostrich is a very mild flavored meat and the waiter suggested we pair it with the tangy plum sauce. It was a lovely combination. Last served was crocodile, a mild-flavored meat slightly reminiscent of chicken.

The Carnivore is an open-air restaurant with a variety of seating arrangements from smaller intimate settings to larger group settings. The out-door tropical garden is a particular delight. The Carnivore has been operating since 1980. What is the secret to the longevity? Flavorful meats, fun atmosphere, beautiful setting, great service, outside seating and African artifacts for decor. Do plan a visit!

Price Range: Beast of a feast is the equivalent of $34 US which includes taxes and service charge. Alcohol drinks are extra. 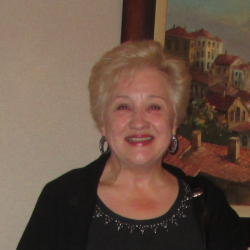 Jo-Anne Bowen
Jo-Anne is a freelance travel writer / food explorer with a background in food and nutrition. She has enjoyed cooking and dining through the years. Follow her at www.instagram.com/joannesjourneys.