The dessert industry is worth over one billion dollars in the United States, with 93% of consumers admitting to eating a dessert every week.  From cakes to cookies, ice cream to apple pie, there are hundreds are popular sweet treats to choose from. However, what is the most popular dessert choice in the US?

Here are the most popular desserts in every state in the US by comparing Google search results to reveal which dessert each state is searching for the most.

Ice cream leads the way as the most popular dessert in the US, with 24 states having this as the favorite, including Texas, Massachusetts, New York, and Connecticut. Ice cream was first recorded in America in the 1700s, however, up until 1800 it remained a rare and exotic dessert that was only enjoyed by the elite. However, in 1850 the dessert became widely popular due to technological advancements that allowed for production to increase. By the 1900s, ice cream parlors flourished across the US, and today, ice cream remains a popular dessert in thousands of restaurants across the US.

The second most popular dessert in the US is cookies, with nine states having cookies as the most popular dessert search result including Washington, Arizona, Minnesota, and Missouri. Cookies came to America from the Dutch in the 1600s and became more widely popular in the 1700s. Today, thousands of cafes, restaurants, grocery stores, and cookie parlors operate in the US.

Six states search for “Frozen Yoghurt” the most, which is the third most popular dessert choice. These include Maryland, Michigan, Nevada, and Rhode Island. Frozen yogurt or frogurt was first introduced in the US in New England in the 1970s and became popular in the 80s when manufacturers began to experiment with recipes and flavors.

Gelato was the next most popular dessert, with four states searching for this the most frequently, California, Delaware, Florida, and Virginia. Donuts was next, with North and South Carolina and Oregan having the sweet treat as the most searched for.

Churros came out on top for two states, Illinois and New Jersey, while chocolate cake and cupcakes were the top results for one state each. 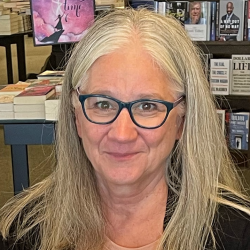 Connect
Mary Jo Manzanares
Traveler, travel blogger, podcaster at Leeward Media
Mary Jo Manzanares is a traveler, travel blogger, and podcaster. In addition to her blog, Traveling with MJ, she hosts the Where Else to Go podcast,  is the founder and editor-in-chief of The Traveler’s Way, and is on a wine quest at Seattle Bits and Bites. Her travel ethos is value luxury - luxury for real people - and her goal is to help travelers know when to splurge and when to save. Mary Jo has been a speaker at various industry events around the world.

When she’s not traveling, Mary Jo lives in Seattle where she enjoys lingering over a cup of coffee, wandering in a museum, sipping wine at a cafe, and sharing it all with friends and readers. Her most recent travels were to Israel, a Baltic cruise, and Universal Orlando Resort.