Nestled in amongst the hustle and bustle of Atlanta’s Ponce City Market is a veritable taco heaven: Minero.

The Mexican joint is part of the Neighborhood Dining Group. In case you’re not familiar, they’re a conglomerate helmed by James Beard Award-winning chef  Sean Brock. While the PCM location is the second Minero outpost (the original location opened in Charleston), it serves a variety of first-rate delights atop homemade corn tortillas.

Menu: This casual but energetic eatery offers simple foods, executed with culinary flair. Tacos dominate the menu selections, with seven different varieties to choose from. And each is accompanied by its own toppings, designed to enhance the rich and varied flavors unique to the dish.

Put another way? Chopped onions and basic salsa get a serious upgrade here.

While the total number of choices is on the smaller side, the overall menu is very tight and well-composed. Vegetarians and gluten-free diners each have multiple options to choose from. And even the most die-hard carnivore will enjoy an order of the cauliflower tacos.

Thoughts: Everything about Minero – Spanish for “miner” – illustrates incredible attention to detail. It’s housed in a simple industrial-style space, with numerous nods to the namesake’s humble origins. The exterior is mismatched weathered two-by-fours, with corrugated metal accents. Tables are a rustic wood, bound with iron,  and the hardwood floors appear well-worn. Even the metal booths are a tip-of-the-hat to old ore cars used at the turn of the nineteenth century.

But what do tacos and miners have in common?

According to the legend the restaurant subscribes to, [amazon_textlink asin=’B077K3DMBS’ text=’Mexican silver’ template=’ProductLink’ store=’theyums-20′ marketplace=’US’ link_id=’2d66610b-5dc3-11e8-afaf-3fe0be51bcd2′] miners named the simple dish as far back as the 18th century. To access the precious metal, they wrapped gunpowder and a fuse in paper before insertion into the mine’s nooks and crannies. These crude forms of dynamite were called “tacos.” And those early dynamite “tacos” resemble the tortilla-wrapped goodness we all know and love today.

Now, if you’re wondering what an award-winning Southern chef is doing opening a taco joint, you’re not alone. Chef Brock has been quoted as saying Minero was a project born from a combination of love for the food and simple lack of access to quality versions where he lives. So, for “selfish reasons,” he and his team set out to remedy the situation.

The result of their laborious research and fine-dining pedigree is some of the best tacos you’ll ever have the pleasure to eat. The tortillas alone are hand-crafted from three unique types of corn hand-selected by the restaurant team. The corn is then processed and ground on-site before being crafted into a traditional round wrap. Meats get generously seasoned throughout the charcoal cooking process, with toppings selected to bring out the best flavors in each dish.

For example, the carnitas gets a flavor bump from the addition of pork jowl, salsa verde, pork rinds (aka-chicharrones), mole, and fresh cilantro. However, the steak tacos come topped with pickled vegetables, heirloom peppers, green onions, and cotija cheese. And the shrimp are completely different yet again: cucumber, jicama, and a spicy salsa Morita with cilantro. All are mouth-wateringly delectable and cooked to perfection, but the flavor profile is completely different for each.

And it’s those kinds of details that cause a restaurant with over two thousand square feet of dining space to end up with a line out the door. No reservations are accepted, so go during off hours to get seated immediately.

But trust me, even if there’s a wait, it’s worth it.

Price: Tacos are ala-carte, and range between $4 and $5.50 each. Appetizers are between $6 and $12 and include some of the best options for vegetarian diners. Larger plates of carne asada and carnitas run about $15.

However, if you’re looking for the best deal, be sure and order the combo plate. You’ll get two tacos of your choice, beans, rice, and a broccoli salad for only $13. The only catch? The combo is only available Monday through Thursday, up until 4:00 pm. 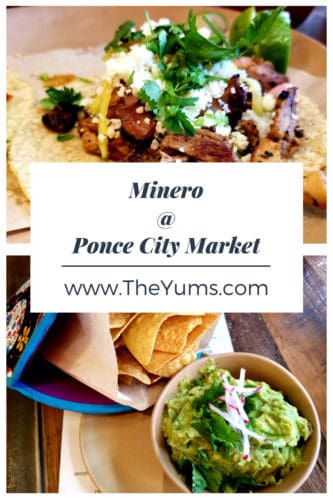